How to Rotate IP Address 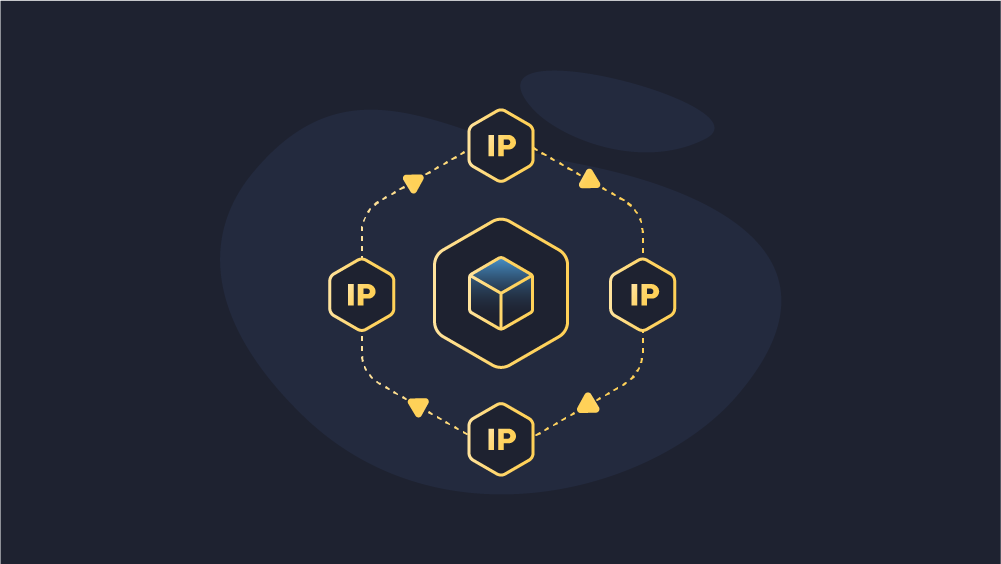 IP rotation is the process of changing your assigned Internet Protocol address after a set amount of time or after each connection request sent. There are various good reasons to do so, ranging from avoiding IP address bans to maintaining a higher level of anonymity and security.

To rotate IP addresses, however, it’s necessary to use software such as a proxy server or VPN. Multiple IP addresses are required to even perform such a task, so there’s no way around it.

What is an IP address?

An IP address is a collection of numbers (or numbers and letters in the case of IPv6) that’s assigned to each machine and device that’s connected to the internet. In large part, an IP address works as a way to uniquely identify each device.

IPv6 is the upgraded version of the Internet Protocol in that it allows many magnitudes more addresses to be created, among some other features. Unfortunately, it has yet to catch on as converting to it from IPv4 on a global scale is somewhat complicated.

So, both IPv4 and IPv6 are being used at once with the former serving as the foundation and the latter being used in rare occasions. When it comes to rotating IP addresses, few providers will give you options for IPv6. Luckily, IPv4 is still accepted everywhere, so there’s no real need for IPv6 rotation.

What is a rotating IP address?

A rotating IP address is one that changes either at set time intervals or after every connection request. As it may be clear from the details outlined above, rotating IPs aren’t granted by internet service providers, so they must be acquired manually.

IP rotation isn’t all that complicated, however. Most providers that offer a service for rotating IPs have extensive guides and integration examples. Some of the software that offers IP rotation is as simple as using a browser or installing an application.

There are three primary methods to rotate IP addresses – proxies, VPNs, and using Tor browser. There are some other applications out there that help with IP rotation, however, they are less effective, more expensive, or outright more difficult to use than the ones outlined above.

One of the most popular and effective methods for IP rotation is the usage of a proxy server. A proxy server is simply another computer or device that has an internet connection and allows users to use it as a relay station. The proxy server takes requests from the originating source and forwards them.

Proxies then take the response received from the destination and return it back to the requestor. Through the entire process the real IP address is never shown to the destination. Rather, the proxy uses its own IP address to perform its functions.

Most providers will give you access to a large proxy pool for a single purchase. Even those who sell IP addresses instead of access to a proxy pool will provide you with at least several dozen of them. As such, rotating proxies becomes a breeze.

Additionally, since rotating proxies is such a popular use case for the solution, many providers implement the feature right into their service. Usually, all it takes for proxy rotation is to modify the requests you send to the providers end point and you’ll get automatically changing IPs.

There are, however, static proxies, which allow you to hang on to a single IP for extended periods of time. In many cases, these will still technically be rotating proxies as the IP address will be changed after an extended period of time. Such proxy rotation has to do with their types.

While there are many differences between these solutions, two of the most striking examples are between residential and datacenter proxies. Residential proxies are servers created out of household devices. They are generally seen as more legitimate IP addresses as websites cannot differentiate between proxy and regular users.

Residential proxies, due to the above reasons, are widely used in commercial applications where rotation is important. For example, web scraping and web crawling are two of the most common use cases for residential proxies.

Datacenter proxies, on the other hand, are much faster, stable, and reliable over long periods of time. While you can rotate proxies with them just as easily, they’re less frequently used in commercial applications like web scraping because the IP addresses are derived from data centers.

Since many IPs come from a single business-owned server, they all look similar. As such, even with proxy rotation, it becomes much easier for websites to detect that someone is using IP altering software. In use cases like web scraping, that may quickly end in getting the solution banned.

Both types give you access to a large proxy pool, making them equally as effective at IP rotation. The choice between them depends on whether you have a commercial application like a web scraper or want to use them for other purposes.

While getting a rotating proxy is definitely the most popular and effective way to change IP addresses, some users look for alternative methods. VPNs are another popular option, however, you’re almost always better off using rotating proxies.

VPNs change your IP address in a similar fashion to proxies, but they usually have better user interfaces and slightly better overall user experience. They take your connection request through a dedicated server, which goes through the same steps as a rotating proxy.

Since, however, VPNs were never intended for IP rotation, they give you a new address and don’t change it until you manually do so. As such, the rotation will be excessively slow.

Additionally, unlike with private proxies, most of the popular VPN provider server IP addresses are known and have a shaky track record. Since many people can use the same server, you will often find that those IP addresses might be banned.

VPNs, however, can work for short periods of time such as when you need IP rotation for up to 10 times per day. Any more than that will quickly become a huge hassle that’s not worth the effort. In such a case, go for rotating proxies.

The final somewhat popular option is to use the Tor browser. While it will only employ IP rotation through the browser (unless you have some coding experience and can work with Tor itself), for most people that might be enough.

Again, it’s almost always better to rotate proxies. They’re much more effective, faster, and simpler to use. Tor browser can be a choice for IP rotation if you truly care about online security. Their package comes with a multitude of other features that rotating proxies don’t have, allowing you to stay safe even in the most suspicious confines of the internet.

Use shared rotating or dedicated datacenter proxies and scale your business with no session, request, location and target limitations. 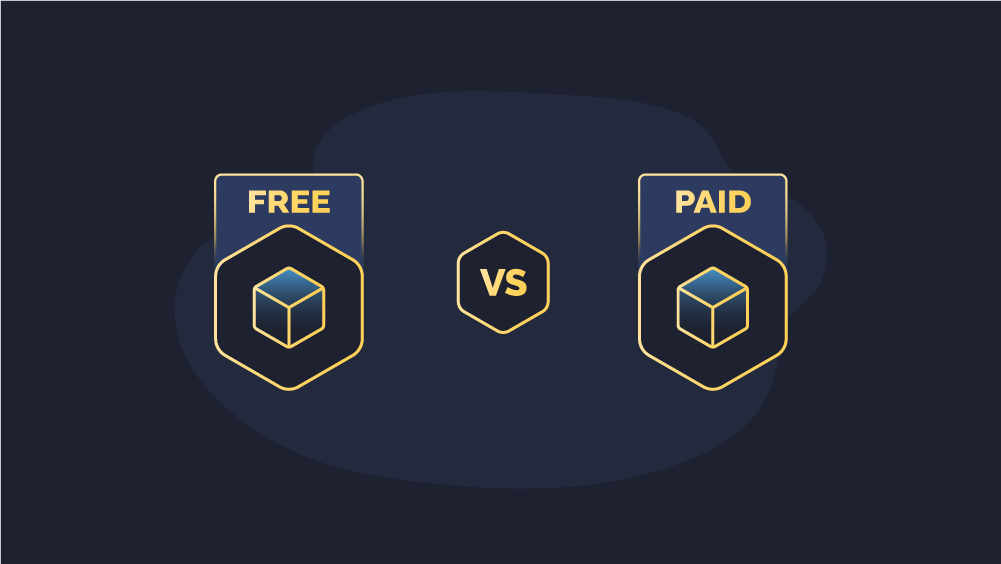 New proxy users often run into a common question – should I pay for proxies? The internet is loaded with free proxies that seem very 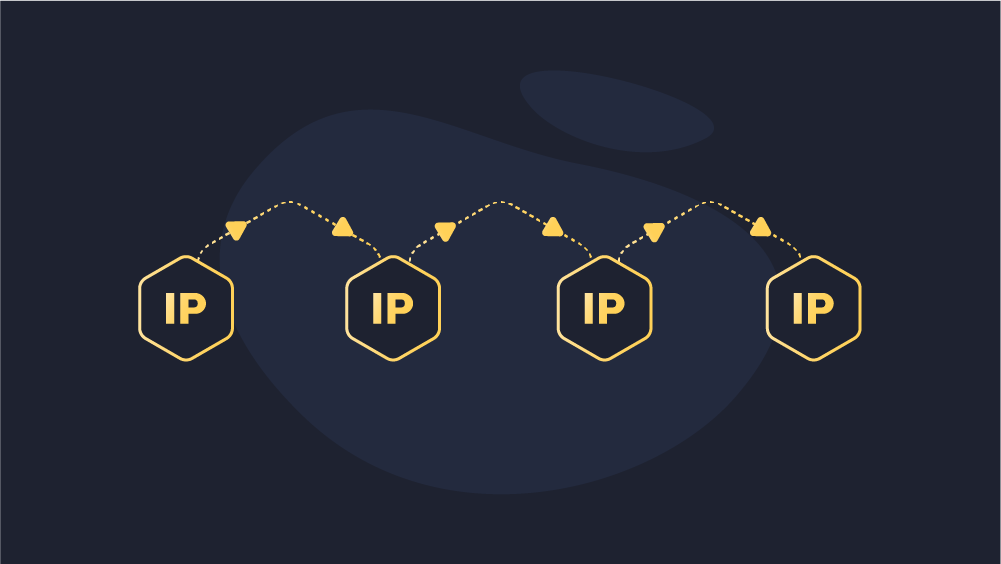